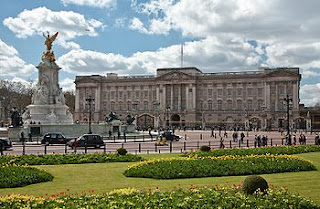 This is a new type of joke: the antartian joke. Antartian jokes are popular in the United States. The word "Antartian" cannot be found in any dictionary, but it means a stupid person.

An Antartian boy and his father were visiting a shopping mall. They were amazed by almost everything they saw, but especially by two shiny, silver walls that could move apart and back together again. The boy asked his father, "What is this, Father?" The father (never having seen an elevator) responded "Son, I have never seen anything like this in my life, I don´t know what it is."
While the boy and his father were watching wide-eyed, an old lady in a wheelchair rolled up to  moving walls and pressed a button. The walls opened and the lady rolled between them into a small room.
The walls closed and the boy and his father watched small circles of light with numbers above the walls light up. They continued to watch the circles light up in the reverse direction.
The walls opened up again and a beautiful 24-year-old woman stepped out. The father said to his son, "Go get your mother"
Glossary:
two shiny, silver wals: duas paredes brilhantes de cor prateada.
wide-eyed: com os olhos estatelados
weelchair: cadeira de rodas
to press: apertar
small circles of light... light up: pequenos círculos luminosos com números acima das paredes, que se acendem.
sew: costurar:
in good health: com boa saúde
Fonte: Revista Speak Up - edição 287
Postado por Tutor Guilherme às 12/30/2012 07:00:00 AM Um comentário: 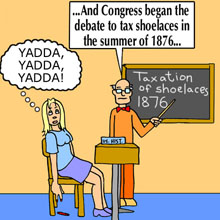 Definition: A phrase that means "and so forth" or "on and on;" it usually refers to something that is a minor detail or boring and repetitive.
Example:
1) Our history teacher told us about the Civil War, the shoelace tax of 1876, the election of 1880, yadda yadda yadda.
2) Jenna told me every single detail about her trip -- how big her room was, where she sat on the plane, yadda yadda yadda.
Etymology: This phrase comes from Yiddish, and became popular in the 1990's after it was featured on the popular TV show "Seinfeld."
Synonyms: blah blah blah
fonte: www.peakenglish.com
Postado por Tutor Guilherme às 12/29/2012 07:00:00 AM Nenhum comentário: